Have a job applicant who looks too good to be true? These five signs might indicate that’s the case.

Have you ever put in a good word for someone, only to hear that he or she got the job-, and then totally bombed? I’ve been there and I can tell you: It’s super awkward. 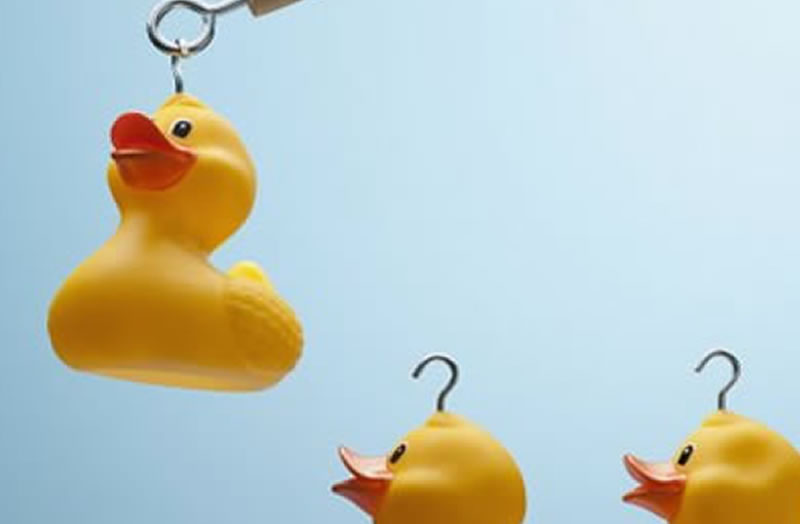 Have a job applicant who looks too good to be true? These five signs might indicate that’s the case.

Have you ever put in a good word for someone, only to hear that he or she got the job-, and then totally bombed? I’ve been there and I can tell you: It’s super awkward.

But if people (myself included) can be fooled by contacts we know, what hope do hiring managers have to spot a bad apple when all they have is an interview process?

Thankfully, there are some telltale signs you can look for to see if someone’s the right fit. If an applicant does one of these things, think twice before extending an offer.

1. They (Only) Talk About Themselves

Yes, it’s an interview, a.k.a., a Q&A in which the candidate answers questions. However, it’s red flag if someone talks about herself–exclusively.

After all, there should be at least a few times when other people’s names pop up. When you ask about the applicant’s career aspirations, you’d ideally want her to throw out the name of some successful person she admires. Or, if you ask someone about his previous experience and how it led to where he is now, he’ll hopefully mention someone positively–be it an influential colleague, boss, or client–in the answer.

These are just examples, of course, but if a candidate talks for an entire interview without any mention of anyone else, it’s a red flag. Translation: This may be the colleague who complains about pitching in on extra work, finishes the pot of coffee without making more, and sets up a print job to run 1,000 copies the morning she knows another teammate is pushing up against a deadline.

Instead, choose the person who talks warmly about at least a couple of people. A person who can recognize-;and celebrate-;others’ accomplishments is someone you definitely want on your team.

2. They Take Credit for Everything (Good)

This candidate has a particular brand of only talking about himself. Unlike the applicant above, he’ll mention teammates and colleagues and classmates in his answers-;with one exception. Whenever, there’s something to take credit for, he’s suddenly a one-man show.

Yes, an interview is a place to sell your accomplishments and pitch your potential, but be wary of someone who sounds like any on-the-job success he’s ever had is his and his alone. This person may become the teammate who steals ideas or takes sole credit for a team win.

A better sign? A candidate who talks enthusiastically about working collaboratively (like this), and who genuinely seems to understand the reason behind teamwork.

3. They Don’t Discuss Their Shortcomings

You know all of those articles that advise you to choose something other than “I’m a perfectionist!” as your answer to “What’s your biggest weakness?” They exist because, well, there are candidates who are afraid to admit they’ve ever done anything wrong in the workplace.

Case in point: They can’t name one thing they’re working on–other than “being perfect.” Sure, you could argue that this is an issue of semantics and interview coaching. It’s true, though. The same person who stinks at writing could either say that she’s working on her language skills or that she’s a perfectionist. One candidate chooses to discuss the steps she’s taking toward becoming a better communicator, and the other candidate chooses a superficial response.

I’d choose the person who has the confidence to discuss areas of improvement with her prospective boss. Being able to recognize her weaknesses and working to improve them will go a lot further on the job than trying to sweep them under the rug.

4. They’re Unprofessional Throughout the Process

Yes, it’s possible that someone who is always punctual hits a traffic jam that causes him to be tardy for the first time in five years–on the very same day as his interview. And yes, it’s also possible that she really did attach her writing sample at the exact moment that her internet went out–resulting in an incomplete application.

But, if that same candidate continues to be unprofessional throughout the interview process–she swears when answering a basic question or he brings up his ex and follows it up with “Gosh, I don’t know why I just said that!”–it can be hard to know whether you should chalk it up to bad luck and nerves or assume the worst.

If you love the candidate, you can obviously move forward with the process. However, if someone acts unprofessionally when he’s nervous, know there’s a chance those habits will reappear in other stressful situations (i.e., that this person will be late or say something off color in important meetings too). So, to ease your fears, definitely touch on these issues with his references to find out the truth.

5. They Seem Too Good to Be True

I’ll admit it: This is one is tricky. How can you tell if your dream candidate is everything he’s cracked up to be (or not)?

I’d say to be wary of a candidate who is literally perfect for the job. All applicants want to show how their qualifications align with the position description, but for many roles it would be surprising–and a little fishy–to find someone with the exact number of years of experience you’re looking for, in the exact field, with the preferred degrees, and whose resume or cover letter states she’s checked every single box. More often than not, at least some of those items are touched on through transferrable skills.

If you’re feeling guilty about discounting someone who is 100% qualified, remind yourself that a position she can do with her eyes closed probably isn’t what’s best for her. Not to mention, it’s not good for you either, because this applicant will most likely have one eye on the door. Once something more interesting and challenging comes along, she may ditch this job, leaving you to start your hiring process all over again.

Hiring managers often say they want someone who could “hit the ground running,” so it’s surprising (even to them) when they’re turned off by someone who could set the course on fire. But unless you’re totally sure this would be the best hire, know that it’s OK to trust your gut and look for someone you think would grow within the role–rather than someone who might feel immediately constrained by it.

No one wants to hire someone and then work with that person’s far less desirable twin. So, look for the signs above to avoid a Jekyll and Hyde situation.