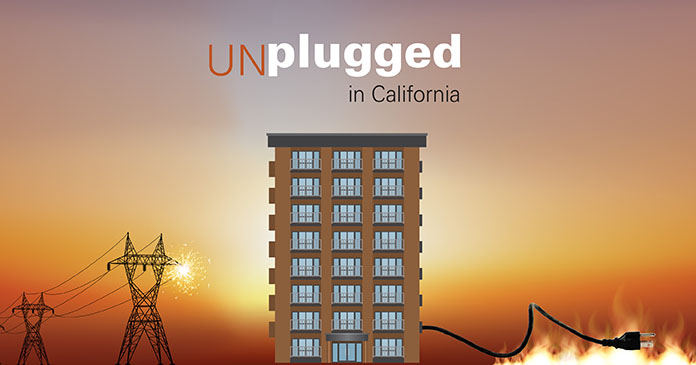 In October California utilities cut power to two million customers costing the region billions of dollars in productivity, spoiled food and more. Power was shut off to avoid line-sparked wildfires that might spread by high winds.

In the 1990s, California’s failed attempt to deregulate its utility market began with a poorly designed system that gave unfettered reign to power traders like Enron. The companies were allowed to limit supply and drive up prices. Far from creating market competition, the result was rolling blackouts and corrupt investor-owned utilities.

Pacific Gas & Electric (PG&E) equipment may have caused over nine wildfires at the beginning of October according to federal documents. Currently in bankruptcy from wildfires in 2017 and 2018, inspecting and properly trimming around the state’s 250,000 miles of overhead power lines is a multi-year challenge. PG&E handles 100,000 miles of lines including the state’s most remote regions.

California residents and businesses experiencing days-long blackouts found local providers in low or no supply of needed generators and the gas to run them.

No hot water, no hot anything

Those fortunate to have generators created a run on fuel. The state with the most stringent air regulations found itself at odds as gas-powered generators fired up around the state to keep refrigerators, freezers, internet routers, EVs and cell phones charged.

Painted into a corner

New electric vehicle (EV) sales in Calif. rose 63.7 percent in the first half of 2019. The state accounts for half of all EVs sold nationwide. Of 950,000 new cars sold statewide in Q1/Q2, 13 percent were electrified (pure EV, hybrid or plug-in hybrid).

EV owners were issued warnings to keep their vehicles fully charged during the outages and fires. Many EV owners resorted to gas powered generators to charge their EVs.

Only half the solution

California mandates solar panels on all new construction. Solar panels require battery storage in order to operate in a blackout.

Solar panels and other micro energy generation decentralizes the state’s power grid—and profitability. In fact, utility revenue is expected to fall as much as 15 percent, or $48 billion over the next decade according to Accenture.

Generators are common in areas prone to snowstorms and severe weather, but California’s strict emissions standards make the operation of many generators illegal. Typically not an issue with the mild climate, but the blackouts created a new and uncharted market.

Rolling blackouts began in September. California’s air quality regulatory agency is temporarily waiving its restriction on the sale of generators that don’t meet California standards through December. This is to accommodate demand brought on by blackouts.

The surge in generator use—and their ensuing pollution—is not sitting well with California environmentalists. The Calif. Air Resource Board is collecting data on the size and number of gas and propane generators now in the state. But correlating the source and level of pollution of generators will be near impossible as the state also battles wildfires and poor air quality of major cities such as Los Angeles.

Apartment communities and other businesses are not hardened for long-term blackouts.  Michael Wara at Stanford University calculated the shutdown could cost residents and businesses as much as $2.5 billion in losses.

The majority of generators in California are gasoline-powered. The price of gas in California—already the highest in the nation—continues to rise. The average cost per gallon is $4.18, and as much as $5 a gallon in many areas. The huge difference in California and the rest of the nation is its stringent regulations, rising housing costs and fuel taxes. Every gallon sold in California includes a 12-cent tax on gas, and a 20-cents tax on diesel. A repeal of the gas tax failed at the ballot in 2018.

“State and federal laws like the recently approved gas tax [in California], the Low Carbon Fuel Standard and other fuel-related taxes and fees add a little over 92 cents to each gallon of gas and have a profound impact on California’s businesses and communities,” Kara Siepmann, a spokeswoman for the Western States Petroleum Association said. 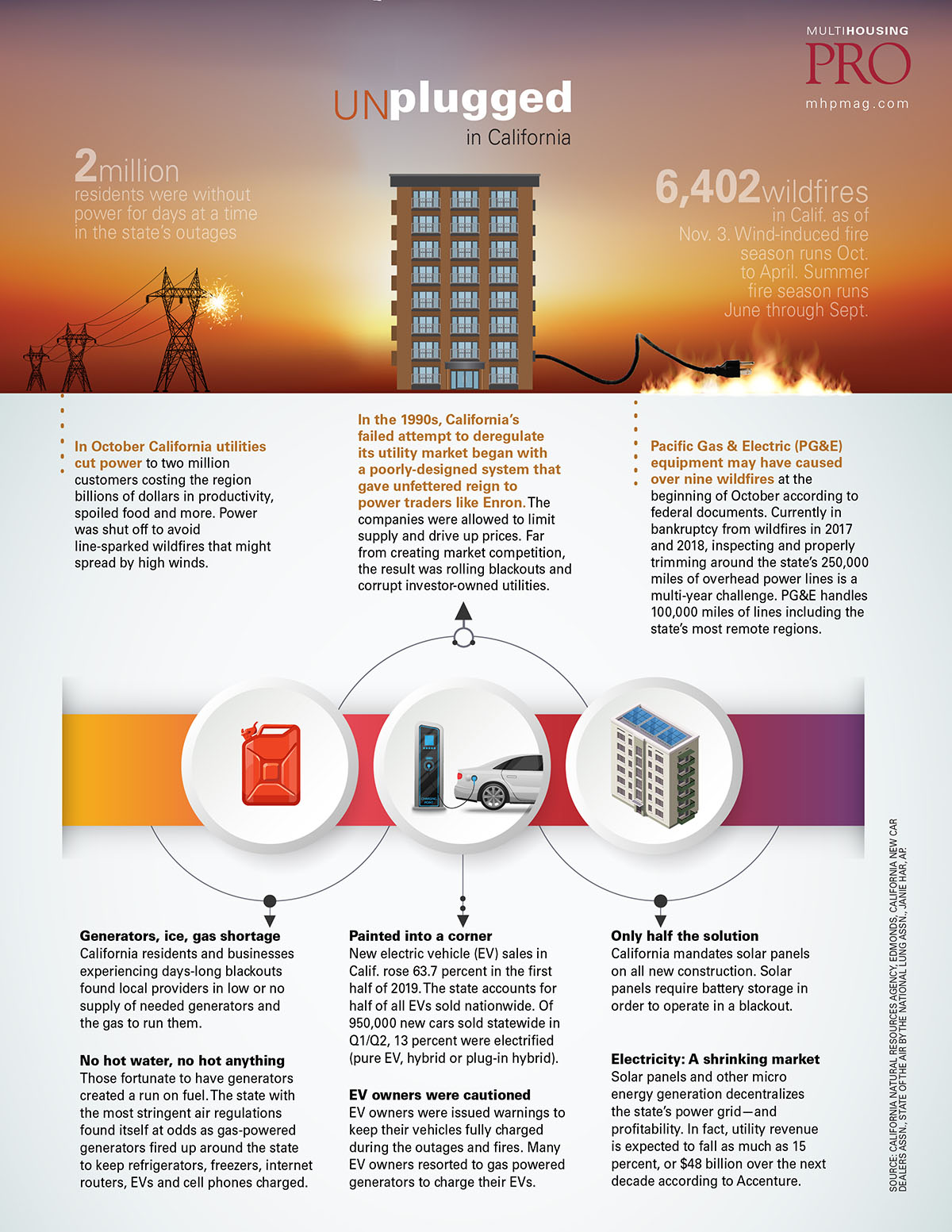