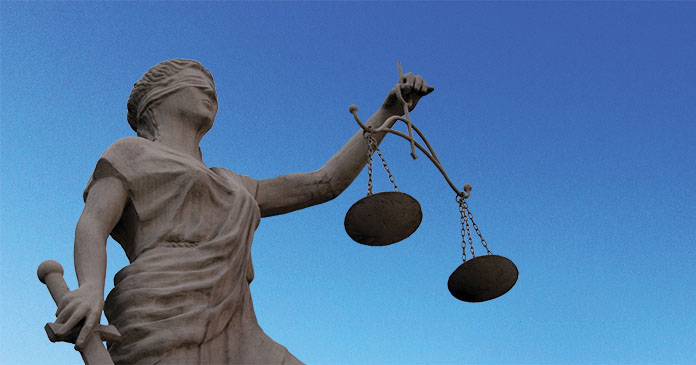 HUD’s proposed revisions to our disparate-impact rule enhance our commitment to fairness for everyone.

Everyone agrees that discrimination has no place in society. But everyone also agrees that a city should be able to require that landlords kill rats without facing a lawsuit. The current “disparate impact” rule under the Fair Housing Act (FHA) does not reflect this common sense. But the Supreme Court has ruled that it does not have to be this way, and the Department of Housing and Urban Development (HUD) is proposing a revised rule that both fights discrimination and stops courts from second-guessing reasonable requirements (such as rat removal). It is good for housing and for the people protected by the FHA.

Long before becoming a pediatric neurosurgeon and later HUD secretary, I grew up in tenement housing where there were rats the size of cats. I did not know much about the world at the time, but one thing was self-evident: Nothing good comes from rats.

But in Gallagher v. Magner (2010), a federal appeals court allowed a lawsuit to proceed in Saint Paul, Minn., where the city was sued for aggressively enforcing its housing-code policy on rat removal. Landlords argued that the city’s enforcement efforts had an illegal disparate impact because they would drive up rents, disproportionately affecting minorities. The city withdrew its appeal of this case, which had reached the Supreme Court, bowing to significant pressure from the Obama-era Department of Justice.

Many Americans without law degrees may wonder how such a case could arise. The FHA prohibits discrimination in the sale, rent, or financing of housing-related activities based on protected classes such as race, sex, or religion. Traditionally, this has meant treating people from different groups differently, or “disparate treatment.” However, under “disparate impact,” businesses and towns can also be liable for policies and ordinances that are neutral on their face, neutral in intent, and neutrally applied but under which a protected minority group is disproportionately affected.

Disparate-impact litigation is hotly contested. Proponents argue that expansive disparate-impact liability helps overcome the country’s history of racism. They emphasize its use for targeting hidden or unconscious biases or remedying past wrongs. Critics argue that the FHA did not expressly authorize disparate-impact liability, that virtually every policy causes some statistical imbalance, and that it is unfair to hold governments and businesses liable for otherwise legal and even necessary actions—such as killing rats—because it was discovered after the fact to have a disproportionate effect.

The Supreme Court resolved some of this debate in 2015 under Texas Department of Housing and Community Affairs v. Inclusive Communities Project, Inc. There, it upheld the existence of disparate-impact liability under the FHA but outlined some prudential and constitutional limits. These limits, to quote the Supreme Court, help avoid setting “our Nation back in its quest to reduce the salience of race in our social and economic system.”

The proposed new rule better reflects the Supreme Court’s ruling in Inclusive Communities Project and provides everyone with better guidance on what constitutes unintentional but unlawful discrimination. Under HUD’s proposed revisions, plaintiffs must demonstrate that the challenged practice is arbitrary, artificial, and unnecessary. Plaintiffs must also show a robust causal link between the challenged policy and the disparity that is not established by statistical imbalances alone. Defendants would also be able to assert as a complete defense that the actions they took were required by other state, local, or federal laws. It is only fair that a party should not be found to violate one law for following another.

Our proposed rule revisions, if finalized, would make disparate-impact liability work better and more fairly. This will provide plaintiffs with a roadmap for pleading stronger cases (evidence shows only about 20 percent of claims are successful on appeal) while empowering defendants to assert effective defenses earlier in the process—saving them and their customers time and money. Ultimately, these changes will lead to more innovation and an increase of lower-cost housing and related services.

I understand that people may have differing opinions about the proposal. We welcome and encourage comment letters on any issues raised by the proposed rule and will consider all of them seriously to make sure the disparate impact regulation is as effective as it can be.

As numerous recent actions taken by HUD, such as our anti-discrimination lawsuits against Facebook and the city of Los Angeles and our investigation into San Francisco’s housing policies, demonstrate HUD remains vigilant in our mission of pursuing justice on behalf of Americans who are victims of housing discrimination. HUD’s proposed revisions to our disparate-impact rule enhance our commitment to fairness for everyone.

Author Ben Carson is secretary of the Department of Housing and Urban Development.