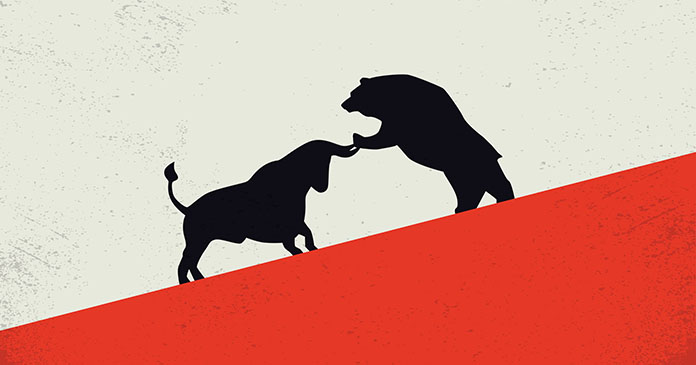 “Economists generally expect [the United States] will experience a downturn… over the course of 2020 or early 2021,” says Sam Chandan, a trained economist, an associate dean of New York University’s Schack Institute of Real Estate, and a host of the Real Estate Hour on SiriusXM Radio. Chandan presented his “2020 Economic Forecast” at a ULI New York event in November.

But Chandan expects a recession, when it comes, to be relatively brief. “Any recession in modern economic history has been relatively short-lived compared to the period of growth to follow,” he said.

Given the length of the current economic expansion, Chandan is among those who are already focused on where opportunities to invest in real estate might appear after it is over. Data and in-depth analysis will help investors make the best decisions. And collaboration and cooperation will help lawmakers and local officials create the best policies to encourage growth.

Chandan himself is not predicting a recession in the near term. “No economist wants to go on record as saying that the downturn will be in 2020,” he says. “If it isn’t… then they will be remembered for that.”

Instead, Chandan is taking a close look at forecasts made by other economists. In October 2019, nearly 50 economists surveyed by the Wall Street Journal revised their estimates of how much the U.S. economy is likely to grow in 2020 to 1.6 percent. That is not a recession, though it is down from their average forecast of 2.0 percent growth the year before, according to the Journal’s Economic Forecasting Survey.

That is exactly what economists would do if they believed that a recession was likely: Forecast growth that did not stop but instead slowed significantly below the capacity of the economy. “They are hedging their reputational bets, saying: ‘You know what? I think the downturn is going to be in 2020. I just don’t want to go on record as saying so,’” says Chandan.

Economists and investors have wondered for years how much longer the United States can expand. As of November, it had been growing consistently for 125 months—since the end of the Great Recession in 2009. “This is the longest expansion in modern U.S. economic history,” says Chandan. “In theory, the expansion could continue.” However, clues like the inverted yield curve and forecasting survey point to a slowdown.

If the U.S. economy does fall into recession in 2020, it is unlikely to shrink for more than a few months before beginning to grow again for several years, judging from the recent past, says Chandan.

Real estate investments are also likely to be less damaged by the next downturn than in past cycles. “Real estate doesn’t appear to be the sector where we are taking risks that won’t pay off,” says Chandan. “By and large, we have been fairly reserved in our development activity, in our investment activity.”

In the rush to make those loans, some lenders may have lent too much. The average apartment borrower carried $13.95 of debt for every $1 of net operating income in the second quarter of 2019, up from an average of less than $10 of debt in 2010, according to Chandan.

“Not all of that debt is going to have been structured in a way that is going to survive maturing in a downturn,” says Chandan.

Real estate investors who have not overextended themselves are likely to survive a recession without much damage. “Those who are positioned defensively… are positioned to succeed when growth does return to the market,” says Chandan.

These investors will also have new tools to find opportunities in a recovery. That includes extremely granular data that is less fragmented that in the past—and a new generation of analysts and associates who can mine that data so that investors can make better decisions, says Chandan.

That will help companies navigate the changing demand for real estate. “The way in which we want to use space is changing on a more fundamental level than we have seen in economic history,” says Chandan. “Obvious examples include the way we choose to shop.”

Investors will also need strong data to navigate slower economic growth over the long term. The United States used to grow at a rate of roughly 3 percent a year, or even more than 4 percent during expansions. During the last decade, however, the usual rate of growth has hung closer to 2 percent.

“Over the last 10 or 20 years, the rate at which our economy grows has slowed,” says Chandan. The United States has chronically failed to invest enough money on infrastructure in the United States. “That ultimately exerts significant drags on how productive we can be as individual economic agents,” he says.

The growing inefficiency of the labor market has also made it tougher for people to get back to work, becoming a drag on the economy. “The necessary skills that make you relevant have never changed more rapidly,” says Chandan. “We have more jobs open and available today than we have ever had. The difficulty firms report is they cannot find the people with the right skills to fill those positions.”

Chandan also sees a mismatch in the housing markets: “The bulk of development that we have seen has been that class A, urban, high-rise building that is well amenitized and is in the top decile of the asking-rent distribution, if not even higher.”

That creates a glut of housing for upper-income people, and an expensive shortage for everyone else. “There have been eight years in a row where the median American renter has seen his or her rent increase faster than his or her income,” he says. “If teachers, firemen, policemen, and other people who serve community do not have the opportunity to reside within the communities that they serve, then the long-term economic outcomes that we see for the city are impaired.”

The solutions to these problems will require cooperation and collaboration, he says. For example, the cities best positioned to grow have the ability to invest in regional transportation infrastructure that helps people get from where they live to job opportunities—and paves the way for dense, new, relatively affordable transit-oriented developments that relieve stress on the housing markets.

In localities where stakeholders fail to cooperate, and housing costs continue to rise, the pressure will also rise on lawmakers to pass rigid, new rent-control laws.

“No one is winning with some of the outcomes that we are seeing and how we are going about trying to solve the housing affordability crisis,” says Chandan.