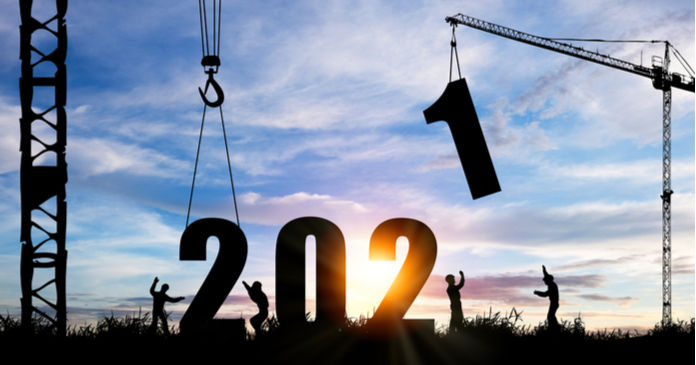 Those words are among the terms jobseekers dislike the most, according to a survey by invoicing software firm Skynova. “Competitive” and “challenge” round out the list of the words most likely to turn off jobseekers.

The survey comes as the era of “The Great Resignation” continues unabated. The number of Americans quitting their jobs in November rose to 3% — matching the all-time record first hit in September 2021. That means 4.5 million Americans voluntarily quit their jobs, according to new data from the Bureau of Labor Statistics.

That’s why invoicing software firm Skynova surveyed more than 1,000 workers on what they like about job postings. The firm also ran a test to see which alternate versions of one job posting did better. Skynova also analyzed 180 recent job postings from a diverse range of job types.

“Crafting an attractive and ideal job posting is critical for businesses right now. Listing salary ranges, instead of fixed salaries, and other negotiation tactics that businesses use to stay competitive may be harder in the current climate,” said Joe Mercurio, a project manager working on behalf of Skynova. “The ongoing issues with the labor shortage and the Great Resignation have given jobseekers the ability to be more selective with the positions they’re applying for.”

Workers ranked listing a salary as the most important item in a job description, followed by benefits and responsibilities. For job postings with a fixed salary, about 72% of those surveyed would respond. When a salary range is listed, only 57% were likely to respond.

“While it’s not entirely clear, job postings with a salary range may come off as a negotiation tactic that jobseekers are unwilling to entertain. Additionally, jobseekers may be compelled to apply for jobs without a salary listed at all in the hope that it may be a competitive figure,” Mercurio said.

Meanwhile the top terms that give jobseekers a positive impression of the job include the words “growth,” “challenge,” “creative,” “motivated” and “flexible.” About 52% of jobseekers feel job postings ask too much from candidates, according to Skynova.

And while two-thirds of job postings mentioned whether or not remote work was offered, only 8% listed it as an actual option.

The focus on remote work as a way to gain an edge on other companies in the hunt for talent comes as the number of high-paying remote jobs continues to skyrocket, according to research by jobs site Ladders. Ladders tracked remote-work data from North America’s largest 50,000 employers for jobs that pay more than $80,000 per year. Prior to the pandemic, only about 4% of those jobs were remote, but that jumped to 9% by the end of 2020. By the end of 2021, the figure doubled again to 18%.

Ladders previously predicted that more than a quarter of high paying jobs will be remote by the end of 2022. The surge in remote work occurs as companies look ahead to 2022 to make tangible decisions and strategic choices about the their future workplace. Many are choosing a hybrid route that will require employees to be in the office a set number of days a week. Some, such as accounting giant PwC, are opting for permanent remote work.

Regardless of what they choose, it’s not as simple as taking an existing company culture and grafting it onto a hybrid or permanent remote strategy, said Rebecca Ryan, an economist and founder of Next Generation Consulting Inc. Click here for more about how companies should plan for remote work in 2022.

Meanwhile, software developer, registered nurse, psychiatrist and digital marketing specialist topped a separate list of the best jobs for remote work in 2022. Developers make an average of $114,704 per year and nurses $79,533, according to a study by telecommunications company Ziply Fiber that analyzed average salaries and projected annual job opening for remote and in-person positions, as well as salary data from job board Indeed and U.S. News. Click here for the full list.

The Great Resignation has attracting workers even more important. Don’t mess it up with words like “guru.”