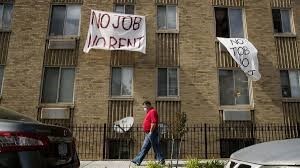 A national rental housing eviction moratorium that is underway Sept. 4 and extends through 2020 has apartment housing groups fighting back with lobbying efforts, grassroots campaigns and media placements.
The Center for Disease Control (CDC) issued the eviction moratorium order Sept. 1.
“The industry is fully mobilized to call Congress to enact rental assistance, arguing that an eviction moratorium without rental assistance is reckless and puts both renters and housing providers in serious financial risk and causes a serious housing crisis,” says Kim Duty, National Multi Housing Council (NMHC) Senior Vice President of Public Affairs and Industry Initiatives.
A coalition of housing groups will be placing an ad in Politico next week making that case. National Multi Housing Council (NMHC) is activating its “grass-tops network” to call individual Senators with whom they have relationships. National Apartment Association reportedly will be issuing a grassroots call-to-action next week.
NMHC and NAA were part of a coalition of 12 housing and finance groups that Sept. 3 sent a letter to Congress – as well as to leading White House officials, government task forces and agency leaders – stating that “it must act to avert a housing crisis.”
In part, the letter reads,
“The Administration’s nationwide federal eviction moratorium, without meaningful rental assistance and continued unemployment assistance, is a recipe for disaster for renters and housing providers alike.
“Renters will accrue debt they will never be able to repay. Housing providers will be unable to meet basic financial obligations, jeopardizing their ability to provide Americans with the housing they……

What Are the Biggest Changes the Multifamily Industry Will Experience Over the Next 5 Years?
4 Ways Property Managers Can Use Reports
5 Mindfulness Tips to Improve Resident Well-being & Reduce Stress